What Parents Should Know About Snapchat App?

Snapchat is currently the most widely used social media app by kids and teens. It has grown massively in the last few years. Kids are very fond of using Snapchat because of its glittery and catchy functionalities. Before we discuss further the social networking app, you need to know is snapchat safe for kids? Parents should know about the following:

What is Snapchat Messenger App?

Snapchat is a social messaging app that you can use on a cell phone device, android, and iOS. It is also known as snap, a photo-sharing app, and sneaky messaging service. Evan Spiegel has developed the application, and his company creates hardware products known as Camera Company. It has come up with the unique concept of ephemeral messaging. Everything you share, like photos, videos, and messages, will remain visible for a shorter period. So, the social messaging app has got a natural flow of communication.

Is Snapchat Safe For Kids?

Seemingly, Snapchat is fascinating for young users. It is a popular instant messenger for young teenagers, and they love to spend hours and hours on an ephemeral messaging app. Social media apps are full of cyber predators, and they are more likely to target young teens by sending them friend requests and becoming friends with them. They trap young teens online for date rape, blind dates and ask for compromising photos and videos on Snapchat messenger. Young teens interact with strangers and are often involved in hookups without their parent’s knowledge. So, parents should know about the dangers of the social networking app before it’s too late.

Snapchat needs to protect that the sent snaps will not get exposed to strangers and prayed by online predators.Parents can supervise, and safeguard kids from adult content, and sex-offenders with best parental control app like –OgyMogy.

Snapchat has a selling point of sharing photos and videos with friends and followers.  You should know what type of content kids share and who can see the posts on a social networking platform. The sneaky functions of Snapchat empower teens to send and receive explicit messages, chats, videos, and photos that wiped out from the surface of Snapchat after some time.

Young teens are more likely to receive messages, chats, videos, and voice calls from people they don’t know in real life. People could pretend as age fellows to their teens. So, parents should talk to the children obsessed with the Snapchat social network. Guide your teens about privacy, safety, and how online predators can trap them on social messaging apps.

Get One Soulution Your All Online Problems

What Is Age Limit For Using Snapchat Messenger?

13 years old can use the Snapchat social networking app. However, young kids can pretend to be older than 13 using a fake date of birth. So, kids can put their safety at risk at any point in time. Snapchat not have an age verification that verifies the age of the users.

Kids Stats About Snapchat Usage That Parents Need To Know

Kids are very much addicted to using the app; a report about Snapchat statistics suggests that

The stats devise of the fondness of the kids towards the app. But at the same time, the app poses some serious implications to kids’ lives that can cause problems to the parents and family. The experts suggest that parents should stay aware of all their kids’ activities over Snapchat to cope with the dangers of social media app.

Features That Parents Need To Be Aware Of And Its Solution

Snapchat furnishes several features that catch kids’ eyes, but at the same time, a few features do not add to the good of the kids at all.

Apart from capturing snaps, VoIP calling, and exchanging messages over chats, there are a few very offensive features that can cause severe damage to the moral and ethical standing and character of the kids and teens. Let’s discuss them. 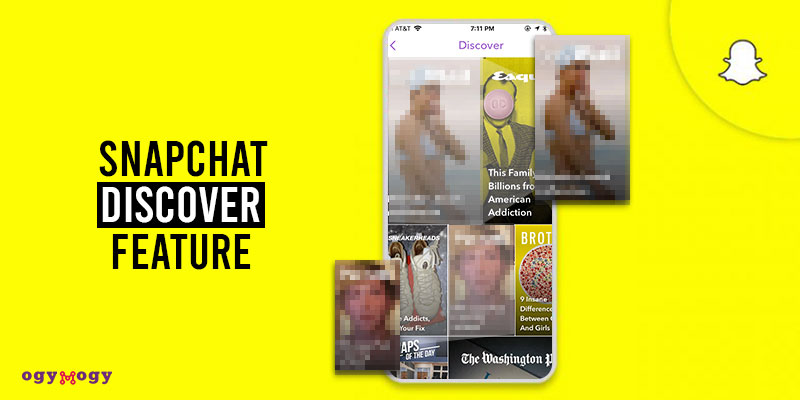 The said feature is home to assassinating the moral standing and character of underage users. The feature allows the discovery of sexually explicit and adult content to the teens, although the age threshold to join Snapchat is 13. Still, this age does not grant the right to explore the type of sensitive content that Snapchat Discover offer.

The solution to many of the problems that parents face is using a Snapchat spy app alongside discussing the issues with the child.

Initially, when the kid starts using Snapchat, the parent should amicably talk to the kid regarding dangers that the social media app can pose to them; parents can tell them about the app’s implications to their moral, ethical, academic standing.

Besides this, a more comprehensive solution to the problem is using a spy app to track and monitor all the activities performing over Snapchat actively.

Using an android spy app, a parent can take the whole of the Snapchat Discover feature because an OK spy app allows recording the screen of the target phone; thus, the parent will know when the child starts exploring Discover.

In this way, the parent will take necessary measures to protect the child by all means. 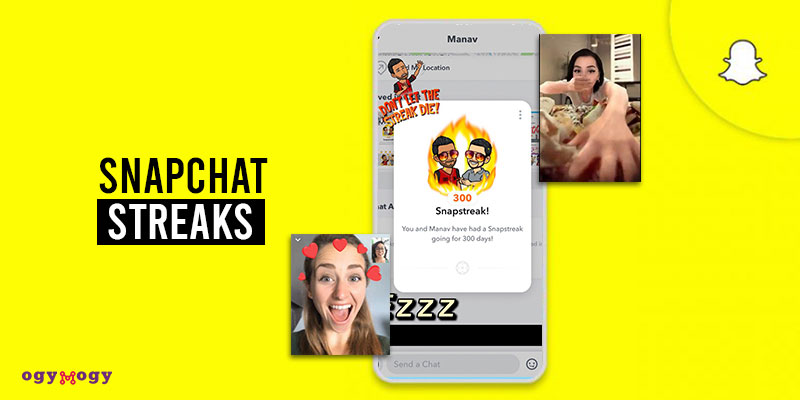 Snap streaks serve as a measure of friendship among the two Snapchat users. They initiate when a user remains in contact with another user for three straight days in a row.

A few connections maintain their streaks even for hundreds of days, but here is another side to the story as well. A few kids start connecting to the potential sex predators and offenders unknowingly. The long streak with these users can be harmful so that after knowing the kids’ secrets and privacy, the kid predators can exploit and blackmail them for gaining financial benefits.

They can harass them and ask them for their parents’ financial details, which can come to haunt the family badly in the future.

Moreover, the Streaks can trigger online dating for teens; the Streaks can involve connecting with which children exchange immoral content or intimidating messages, which can harm the teen’s moral character. So, the parent’s responsibility is to address this type of issue.

The parent can use Snapchat spyware to address this very issue. A spy app can extensively and actively monitor each bit of communication taking place over social networking, thus allowing the parent to identify any harassment or bullying or predating cyber activity taking place over the child. 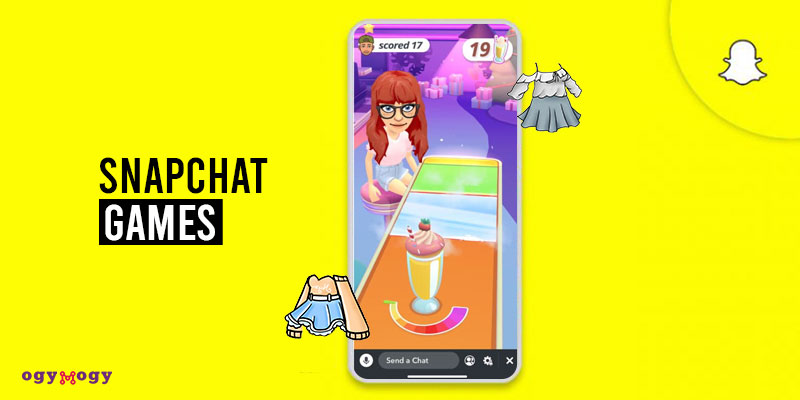 Snap Games is a virtual gaming space over Snapchat that allows sharing voice notes and messages while playing games. Some games in this game do not align with moral standards, as they include sexually explicit emojis and animations, and kids can even comment on them while playing games, so parents need to address them.

The only solution to the problem of Snap Games is to incorporate using phone spy app to monitor teen’s activities over Snapchat.

The parent can find out the pattern of child activities over Snap Games and know about its preferences. If any below-the-belt or immoral activity is there, the parent can talk to the child for phasing it out, or the parent can directly block many games for the child, which do not provide moral standards. 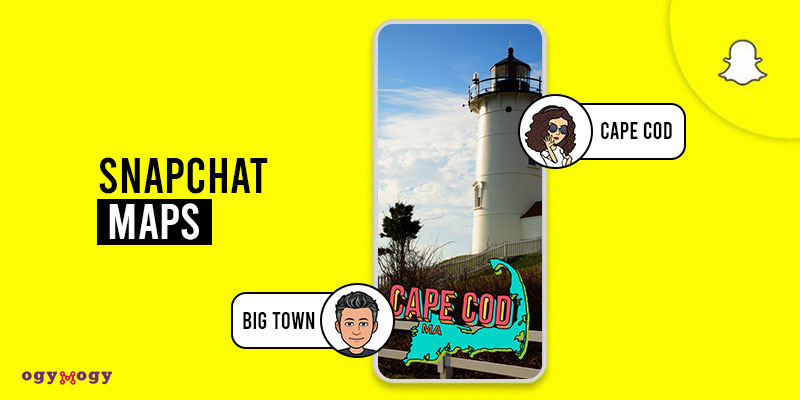 The most compromising feature for the child security of the kid is Snap Map; the feature allows the kid’s friends and contacts to identify the child’s real-time location. It is not good at all for child security.

Suppose there is any criminal in the contacts of the child. In that case, the same can identify the child’s location to execute any criminal activity like kidnapping and much more.

The first solution to our mind for addressing the problem is to brief the child about sharing the location with the contacts over Snap Map. The parent needs to tell the child about the dangers and implications of sharing location.

If this does not address the problem, then the parent can use a Snapchat monitoring app. The live GPS location tracking app allows administrator-level access to the parent over the child’s Snapchat.

So, the parent can turn off the location sharing with the child’s contacts and add to the child’s safety and security.

Several spying solutions are available that track and monitor Snapchat activities extensively, but the best of them is OgyMogy. As we discussed, a spy app is necessary for many purposes related to child security using Snapchat.

While managing Discover, Streaks, Games, and Map features of the app, a spy app furnishes state-of-the-art functionality that adds to the child’s security in many ways. The cell phone tracking app spies on all the chats, VoIP calls, voice notes, and multimedia.

The discussion goes around the features of Snapchat that parents need to know for their child’s security. Several features are discussed alongside their respective dangers and solutions to these dangers.

In the end, the discussion converges to the point that a spy app serves as the best solution for the parents regarding their child’s security in many ways, and OgyMogy is currently the best spying solution that can catch up with all the related matter.